Showing posts from November, 2018
Show all

Real vs. Artificial Christmas Trees: Which Is the Greener Choice?

Written by Karen Zraick  Article from The New York Times It’s the centerpiece of the biggest holiday of the year for many American families: the Christmas tree, the focal point for parties and presents, replete with favorite ornaments and lights.  Some cherish the scent of a real tree and the tradition of bringing it home, while others prefer the tidier and easier option of the plastic variety.  But which is better for the environment? Here’s a look at some of the central claims — and the common misconceptions — in that debate.
1 comment
Read more

Article from The Federal Reserve Bank of New York  Latino-owned businesses are growing in number and importance to the American economy. Contributing more than $700 billion in sales to the economy annually, they are also an important source of employment as sole proprietors and as firms with employees on payroll.  The 2012 U.S. Census Survey of Business Owners estimated that Latino-owned firms have 2.3 million employees on payroll, a number that by several counts has grown since the survey’s release. One in four new businesses, traditionally key sources of new jobs, is now Latino-owned. Quite simply, small business growth is tied to the fortunes of Latino-owned businesses.  Yet, research also shows that Latino-owned firms face significant growth barriers. Estimates from the Stanford Latino Entrepreneurship Initiative (SLEI) highlight that only three percent of Latinoowned businesses grow to $1,000,000 or more in annual revenues, compared to six percent of white-owned businesses
Post a Comment
Read more

Why Marketers Struggle to Consistently Identify Their Audiences

Written by Ross Benes  Article from eMarketer Marketers are invested in accurately identifying their target audiences, but they often miss the mark.  In a July 2018 survey of 408 marketing industry professionals in North America conducted by Winterberry Group and Data & Marketing Association (DMA), only 2.4% of respondents said they plan to reduce their spend on marketing identity solutions over the next year.  Marketing identity products tie together reams of data so that marketers can more accurately identify the people who see their ads.  Just one in seven of the North American professionals polled said that they are able to identify audience members extremely well. Most respondents indicated that they can identify their audience fairly or somewhat well.
Post a Comment
Read more

Pause: Quotes on Why You Should Take Breaks, Relax, and Play 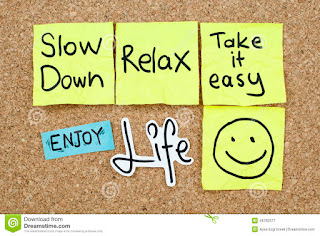 Written by Jonathan Michael  Article from Bplans Small business owners and entrepreneurs are almost always working, whether they’re in the office or not. But is it possible that occasionally taking time off and resting is better for your business?  Here are 15 quotes from famous authors, poets, and speakers on why time away from work could be just as important to your bottom line.
Post a Comment
Read more

Make the Most of Small Business Saturday and Kick Off the Holiday Season! 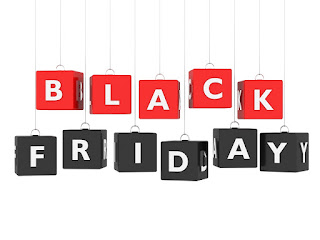 Article from Entrepreneur Do you have a strategy to make the most of this year’s Small Business Saturday? It can be a big day for small businesses and a great kick-off to the holiday season. It is coming up on Saturday, November 24, and if you plan ahead, you can leverage this celebration to help raise awareness of and grow your business.  Watch this webinar for an insightful conversation with celebrity chef, entrepreneur, and Food Network star Robert Irvine, B2B brand marketer Melissa Lapp from Comcast Business, and Entrepreneur author and small-business owner Jill Schiefelbein during a 60-minute webinar called “Make the Most of Small Business Saturday and Kick Off the Holiday Season.” Presented by Comcast Business and Entrepreneur, this webinar will teach you how to leverage technology to help you better serve your customers and get insights that will help you grow—doing more with what you already have.  Where is your business missing opportunities to better serve your cus
Post a Comment
Read more 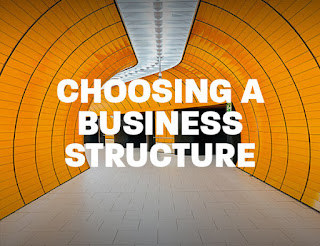 Written by Marco Carbajo  Article from Blogs. Industry Word Choosing which business structure is right for you is a crucial step when starting a business. The entity you select has legal, financial, and operational implications. Here are three factors to consider when choosing a business structure.  Business Taxes – Business owners must meet all federal, state, and local tax obligations to stay in good legal standing. The type of business structure you choose impacts your personal liability and which taxes your business must pay.  For example, choosing a sole proprietorship may be the easiest structure to form for a small business startup, but it comes at a price. A sole proprietorship has less government regulations and tax obligations than all the other business structures. It’s taxed at the personal level because you and your business are considered the same legal entity. This means you are personally responsible for all the business’ losses and liabilities.  With an entit
Post a Comment
Read more 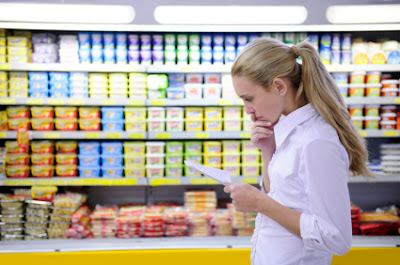 Excerpt from an article by Krista Garcia To read more, visit  eMarketer "Email marketing is one of the most evergreen retail tactics. It's also one of the most targeted forms of messaging since recipients opt-in and often provide solicited information or preferences. Despite these factors, personalization can still be hit or miss. An April 2018 Evergage and Researchscape International study found email content was by far the channel that more US marketers personalized, cited by 71% of respondents. Personalizing home pages (45%) and landing pages (37%) were a distant second and third. When asked how email was personalized, 76% of respondents said they use a first name in the message or subject line. Just over half recommend products based on audience segment, while one-quarter suggest products on an individual basis."
Post a Comment
Read more 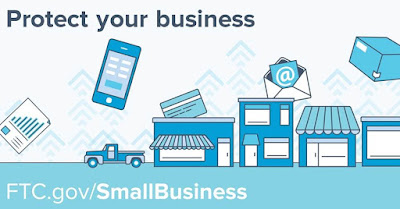 Featured in America's SBDC newsletter The U.S. Department of Labor announced the launch of the New and Small Business Assistance  webpage and the Compliance Assistance Toolkits webpage. These new online tools assist American small businesses and workers with simple, straightforward resources that provide critical Wage and Hour Division (WHD) information, as well as links to other resources. The webpages were established in response to feedback received from new and small business stakeholders voicing their need for a centralized location to secure the tools and information they need to comply with federal labor laws. These new webpages provide the most relevant publications and answer the questions most frequently asked by new and small business owners. These tools, in conjunction with worker.gov and employer.gov , ensure greater understanding of federal requirements and provide tools to help employers find resources offered by other regulatory agencies. Learn more .
1 comment
Read more

The Importance of Community Plumbing 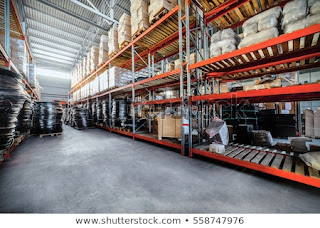 Written by Shannon Mattern  Article from Places Journal  This is a vision of the hardware store as episteme. It holds (and organizes) the tools, values, and knowledges that bind a community and define a worldview. There’s a material and social sensibility embodied in the store, its stuff, and its service, and reflected in the diverse clientele.  That might sound a bit lofty for a commercial establishment that sells sharp objects and toxic chemicals. But the ethos is palpable. (And profitable, too. The store is always busy, and Joe has been lauded by the North American Retail Hardware Association.)  Headlines proclaiming the death of neighborhood retail remind me of all those articles a few years back that wrongly predicted the end of the library. Despite competition from big-box stores and the internet, many local hardware stores are doing all right. In 1972, the United States had about 26,000 hardware stores.  Their number dropped to 19,000 by 1990 and 14,000 by 1996, but fo
Post a Comment
Read more

The Minty-Fresh Way to Fail At Business 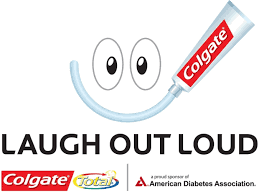 Written by Jay Hoffmann  Article from Now I know More than 200 years ago, a New York City man named William Colgate made a living making and selling soap and candles. Today, his name makes up half of that of a multi-billion dollar consumer goods corporation known as Colgate-Palmolive.  They, basically, make three types of stuff: soaps (one being Palmolive itself) toothpaste and other oral care products (under the Colgate brand) and, perhaps surprisingly, pet food. In 1976, Colgate-Palmolive, via a series of mergers whose history isn’t worth going into, added the Hill’s Science Diet product line (and related ones) to their offerings.  They decided not to re-brand the pet food under the Colgate brand because that would be, well, stupid. Who wants to feed their dog toothpaste-flavored kibble? Could you imagine pet food being included among these products?  That’s the results of a Google Image search of “Colgate” — that’s why some logos are mixed it — but you get the point.
Post a Comment
Read more

Written by Jen King  Article from eMarketer Following Amazon’s recent decision to ban consumers suspected of abusing its return policy, other retailers may follow in the ecommerce giant’s footsteps to protect their bottom lines.  With the operational cost of returns skyrocketing, retailers can’t afford to have consumers making too many returns.  Plus, the popularity of the try-before-you-buy model can be overwhelming for retailers not equipped for high return volume.  A September 2018 study from Brightpearl conducted by OnePoll found that 61% of US retailers would consider permanently blocking “serial returners” who abuse free return policies.
Post a Comment
Read more

The hostile work environment checklist: How toxic is yours? 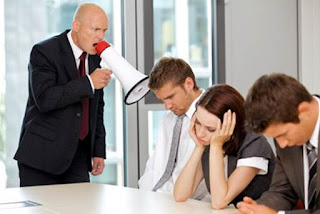 Written by Daniel Bortz  Article from  Monster Workplace stress is hardly a phenomenon. Everyone has a bad day (or even month) at work now and then. Your client presentation didn’t go as well as planned; your boss didn’t fall head over heels for your proposal; you had to stay late to finish a project; your co-worker’s been having a series of too-loud sales calls. But there’s a big difference between aggravating incidents and a full-blown toxic work environment. A toxic work environment is one wherein dysfunction and drama reign, whether it’s the result of a narcissistic boss, vindictive co-workers, absence of order, et cetera.  In addition to harming your morale, this kind of climate can also be damaging to your health, says Paul White, co-author of Rising Above a Toxic Workplace. “Stress takes a toll on your body,” White says. Health problems stemming from workplace stress include hypertension, cardiovascular disease, and decreased mental health, and can lead to fatal
Post a Comment
Read more

The Best Bosses Are Humble Bosses 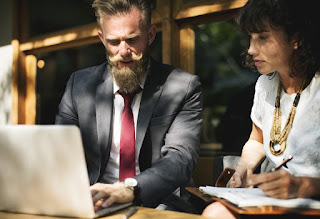 Written by Sue Shellenbarger  Article from The Wall Street Journal After decades of screening potential leaders for charm and charisma, some employers are realizing they’ve been missing one of the most important traits of all: humility.  In an era when hubris is rewarded on social media and in business and politics, researchers and employment experts say turning the limelight on humble people might yield better results.  Humility is a core quality of leaders who inspire close teamwork, rapid learning and high performance in their teams, according to several studies in the past three years.  Humble people tend to be aware of their own weaknesses, eager to improve themselves, appreciative of others’ strengths and focused on goals beyond their own self-interest.
1 comment
Read more
More posts