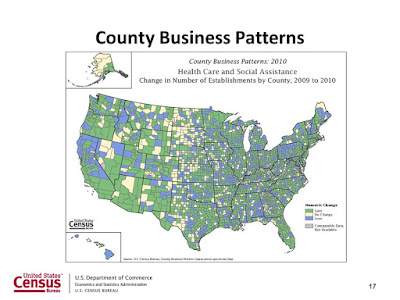 CBP's ZIP Code statistics are obtained from Census Bureau reports and administrative records from other federal agencies. CBP defines employment as all full- and part-time employees who were on the payroll during the pay period that includes March 12.