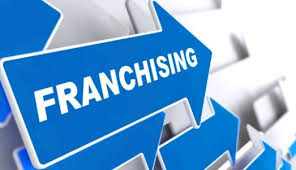 From the Census Bureau

Mention franchises, and images of the thousands of fast-food restaurants that dot landscapes across urban and rural America immediately come to mind.

Franchises, however, go well beyond fast-food chains. They are important to many industries instrumental in providing other day-to-day services, from storage and warehousing to eyeglass stores and weight-loss centers.

Detailed data on franchises comes from the Economic Census, which is taken every five years, and covers employer businesses in the United States. The latest Economic Census will be conducted this year, and continue to offer detailed information only available through this program. Comprehensively collected for the first time for the 2007 Economic Census, the franchise question covers over 300 different types of businesses (industries) and measures the number of franchisee- and franchisor-owned businesses in each industry and their total employment, annual payroll and sales.

The question was added as part of a partnership that was established between the International Franchise Association (IFA) and the U.S. Census Bureau. This partnership has not only resulted in data that entrepreneurs can use but may also have helped improve the overall response rates that impact the general data quality for these industries. Businesses in these industries often rely on organizations like IFA for guidance and their role as a “trusted voice” of their industry can help promote response to our surveys.

However, the data did reveal the importance of franchise businesses in industries that many might not immediately associate with franchising.
Census Bureau franchises