Showing posts from June, 2006
Show all

By Josée Fonseca - June 29, 2006
How can you tell how many people visiting your site actually become customers? At Clickz.com , they claim to have come up with a formula and while they do not reveal the formula, they do discuss a few things to think about. Calculate Your Online Conversion Rate ROI Marketing Sponsored by WebTrends By Bryan Eisenberg August 13, 2004 Mal Watlington , president of specialty consulting group, City Square Consulting , offers a blog on the topic of online conversion: Online Conversion & Beyond discussing a variety of topics on marketing. Put the "Find" Back in Search To Increase Online Conversion Rates Activepoint By Moshe Ofer November 1, 2005 The Art of Online Conversion: Four Steps From Interest to Acquisition by Brian Dempsey June 27, 2006
Post a Comment
Read more

By Roger Owen Green - June 27, 2006
From InfoWorld: Learn more about the current trends in regulatory compliance and how companies are dealing with multiple regulations, such as Sarbanes-Oxley and HIPPA, by reading The Struggle to Manage Security Compliance for Multiple Regulations. This white paper offers key findings from the 2006 Security Compliance Benchmark Research Report, such as: - Three out of four organizations must comply with two or more regulations and corresponding audits. Nearly half must comply with three or more regulations. - The frequency of regulatory and IT security audits have dramatically increased. - Many companies that employed manual, labor-intensive procedures to complete audits are now utilizing ways to automate the process. Click HERE.
Post a Comment
Read more

By Darrin Conroy - June 26, 2006
This is long overdue. My apologies. Last April, we knew we were moving to new offices. We also knew that our old methods of doing things could be improved. Because of this, we created a survey for distribution to SBDC advisors, which Roger administered & tallied. Of the 112 people surveyed, we received 65 responses (nice response rate - thanks!) Your responses were then the basis of the Research Network presentation at the Staff Training event in May. Since not every respondent came to our presentation, I thought you'd like to know the results: 1. Do you pose research requests for JUST your clients? Just my clients (57) For clients of others in the office (2) Depends (6) 2. How often do you make requests to the RN? Daily (2) Two/three times a week (6) Weekly (8) Two/three times a month (22) Monthly (9) Rarely (14) Never (0) Other (4) 3. If the answer to the previous question is "rarely" or "never," please explain why (more than one might apply):
Post a Comment
Read more 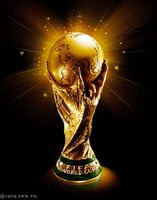 As reported in a number of places, the Spanish language network, Univision is now the top-rated network in primetime among the sought-after 18-34 demographic. Last year the network even beat out Fox, ABC, NBC and CBS for number of viewers. Through the World Cup Univision has averaged 2.6 million viewers during the first 8 games. Even English speaking viewers are tuning into to Univision for coverage If, as Clickz.com reports: “ The Latino market is said to have a purchasing power of over $425 billion per year .”, then this is a market businesses will have to begin to understand. DirectoryOne.com Search Engine Marketing carries an article entitled Spanish Marketing: The U.S. Hispanic Market – Are You Ready? offers an idea of the size of this growing segment: “According to U.S. Census statistics, the American Hispanic population stands at approximately 40 million today and is projected to grow to nearly 50 million within the next 5 to 6 years.” i Media Connection Reaching Hisp
Post a Comment
Read more 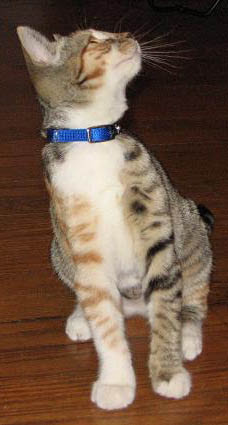 Recent pet owner surveys from the American Animal Hospital Asssociation found that: 83 percent of pet owners refer to themselves as the pet's mom and dad 70 percent sign their pet's name on greeting cards Almost 75 percent hang a Christmas stocking for their pet 39 percent say they have more photos of their pets than their spouse * It is estimated that Americans will spend $38.4 billion will be spent on their pets in the 2006. The pet care and product industry is fully aware of these trends and it is coming up with more and more ways to pamper our pets. Pet gourmet meals, fancy shampoos, hotel suites with televisions and spa treatments- the sky is the limit. Want more facts and figures about pet owners and the pet industry? American Animal Hospital Asssociation 2004 Pet Owner Survey http://www.aahanet.org/About_aaha/summery%20of%20results%2004.pdf American Pet Products Manufactures Association Industry Statistics & Trends http://www.appma.org/press_industrytrends.
1 comment
Read more

By Roger Owen Green - June 20, 2006
A few weeks ago, one of the center directors had a story in one of those weekly business newspapers discussing the use of office computers for personal use. This story from InfoWorld begged for being shared: Any time that you allow employees access to your computer systems and authorize their use of the Internet, e-mail and instant messaging (IM), you put your organization's assets, future and reputation at risk. By implementing well-defined best practices for all forms of electronic communication, your company can mitigate potential liabilities. This comprehensive white paper offers: - The Three E's of Electronic Risk Management, including how to effectively enforce established policies. - Managing peer-to-peer (P2P) file networking technology and related security threats. - Monitoring IM to manage risk and prevent disasters. - 12 recommendations for electronic communication management. - Various sample Internet policies. Manage your organization's electronic liab
Post a Comment
Read more

By Darrin Conroy - June 19, 2006
Here's a handy site should you be approached by local media asking "How many small businesses were started or disappeared around here in the last few years?" The Census Bureau has a section on their site which they call their Business Information Tracking Series . The page presents a series of links to spreadsheet files, providing data showing growth/decline of businesses (small or otherwise) over specific two-year periods (2002-2003, 2001-2002, etc.). Each shows data by the U.S. in general, as well as by state & specific industry sector. Lately, they've also been providing data on metropolitan areas, too. If you click on "Metropolitan Statistical Areas (MSAs), totals" under the 2002-2003 banner, you'll be presented with a fairly substantial spreadsheet. Each MSA takes up three lines: "Initial year establishments," "Establishment births," and "Establishment deaths". In column D, for example, you'll notice tha
Post a Comment
Read more

By ResearchNetwork - June 16, 2006
I have become fascinated by the “latest phenomenon” in cyberspace (there’s probably a new one already), the rise of social computing and such – or, what they are calling “Web 2.0.” Here is a brand new article about its impact on the business world: Fast Company, The Network Unbound And an older one on the same general topic (a sort of preview of a book by the same name): Wired Magazine, The Long Tail Here is an excellent article giving an overview of the phenomenon, from a reference librarian’s blog: Infotangle (blog), The Hype and the Hullabaloo of Web 2.0 Incidentally, the concept is also being applied to libraries, as “Library 2.0” You can read more about that here (a Squidoo “lens,” - a sort of pathfinder). -Ben Ropp
Post a Comment
Read more

By Josée Fonseca - June 15, 2006
I’ve mentioned www.trendwatching.com before but Amelia and I were talking about the customer-designed phenomenon and I thought I’d check back at trendwatching.com to see what they were calling it – since they like to come up with so many snappy names for trends, and sure enough their May/June Trend Briefing is “ Customer-Made Update ”. This is becoming a popular way for companies to build interest in their products. Some I have noticed is L.L. Bean who’ve created “build-a-tote. Land’s End do it for jeans. Now the world of bespoke is becoming available to the masses. Even children’s medicine can be adjusted to be palatable to your tot’s tastes. Consumers are used to being able to communicate with their favorite brands and maybe these companies are seeing that the customer really is always right. It’s the ultimate lesson: don’t create a product and then look for a market, create a product that is needed or wanted. Check out this site to see how companies are innovating with bor
Post a Comment
Read more

By Amelia Birdsall - June 15, 2006
The hunt for the elusive national networking association continues… A couple months ago, Josee mentioned the social networking sites. Here are a few links to organizations that are more about benchmarking and connecting entrepreneurs and small to mid-size companies. Need the email address of a friendly expert willing to answer your question? Try: The Entrepreneurship Network http://www.tei.net/ask.asp The website provides “A database of hundreds of experienced solution providers compiled to facilitate "networking" and assist the growth of mid-market companies.” Users can search for experts by specialty or geography yielding full contact information. Need help benchmarking? Want to discuss how other companies manage their billing process (or one of dozens of other topics)? Try: The Benchmarking Network http://www.benchmarkingnetwork.com/ Offers lists of benchmarking resources organized both by industry and by process. Each topic seems to have its own benchmarking associat
Post a Comment
Read more

By Darrin Conroy - June 12, 2006
Looking for angel investors for any of your clients? Check out these sites: 1) vFinance, Inc. - Angel Search - Here, you can search a database with "[o]ver 20,000 potential angels" by any number of variables (amount needed, industry & subindustry, state, ZIP, etc.). Searching is free. However, there is a fee for purchasing the complete record of any angel investor. 2) Inc.com (June 2005 issue) - Directory of Angel-Investor Networks - Provides links to any number of Web sites, depending on the U.S. region in which the company is located. When your client has secured a meeting with a potential angel, he or she might also want to check out a page called " Pitching Angel Investors ," located on the Web site of the Kauffman Foundation. The page is a collection of articles on how a company can prepare itself to maximize its chances for financing when meeting with angels.
Post a Comment
Read more

The Library: Next Best Thing to an MBA Across the country, public libraries are giving would-be entrepreneurs ahelping hand with resources and expert guidance. May 30, 2006 Business Week: Small Biz By Stacy Perman Public libraries get their due in this Business Week Small Business article. The author talks about entrepreneurs who discover " that owning a business takes a lot more than just raising money and finding a location". The article discusses how business-owners can learn how to write a business plan, create a website, and praises librarians as "the most valuable resource". Apparently, according to a 2006 study by the American Library Association , 61% of small businesses found libraries to be important in getting them started.
Post a Comment
Read more

I was working on a question one afternoon about goat milk. After finding part of my answers elsewhere, I went to Google to enter the term. I looked over to the right side of the screen, to the sponsored section of the page and came across local.com , which I clicked on. Lo and behold, lists of goat milk retailers in Albany from nearest location out! Well, not exactly. After picking up the handful of goat milk (and dry goat milk) sources, it picked up goat cheese and other products. Still, it was a useful piece of the reference puzzle for a product that doesn't lend itself to a lot of local data.
Post a Comment
Read more

By Darrin Conroy - June 05, 2006
This is a 31-page PDF file , written by SBA's Office of Advocacy and published in April 2006. It states that health insurance premiums paid by wage & salary employees receives a different tax treatment than those paid by self-employed individuals. This paper explores how the tax treatment of self-employed health insurance premiums affects entrepreneurial decisions. Clearly, this is of interest to the sole proprietors among our clients.
Post a Comment
Read more
More posts